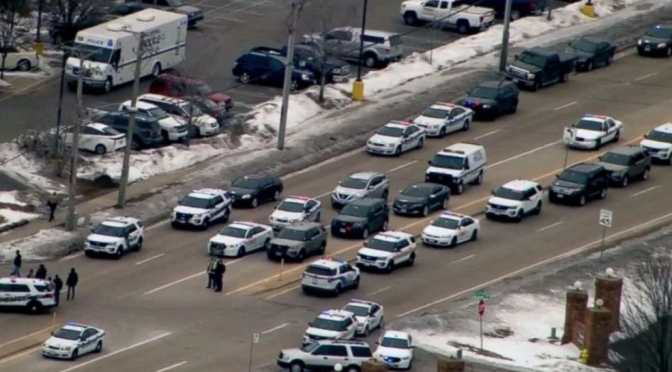 ROCKFORD Illinois -A U.S. Marshal was shot while serving a warrant at an extended stay hotel in Rockford.

The shooting happened around 9 a.m. at the Extended Stay America Hotel at 747 N. Bell School Road. The condition of the Marshal is unknown at this time, but the suspect is still at large.

Rockford Police say the suspect is 39-year-old Floyd E. Brown. Police believe he used a rifle and is still armed and at large. Police say Brown is a Springfield, Ill., resident but has been staying at that hotel

We will update as more info comes in.

ISP is Assisting with Active Shooter Incident which began in Rockford, IL.

ISP officers engaged in a pursuit with the suspect. The suspect is currently stationary inside of his vehicle on I-55 SB at MP 133 in Logan County.

ISP SWAT is on scene and crisis negotiation officers are en route.